The company's history begins in 1972, when Mr. Friedrich Radel, an engineer, and his brother-in-law, Wilhelm Aufner, established the company RADEL & AUFNER. The first company office was located in the centre of Mattersburg town and was specialized in the production of air conditioning and automation installations.

In 2002 RADEL & HAHN entered the Romanian market, by founding the SC RADEL & HAHN SRL, with the first administrative office in Oradea. Taking small but firm steps, the company gained the trust of clients and improved its position in this field of activity. Due to the rapid economic and social development of this, in 2005 the company decided to move its office to Timisoara. From this moment on, RADEL & HAHN SRL has gradually become a leader in the field of installations in Romania.

The key to our success is: flexibility, professionalism, reliability and a dedicated focus to the costumers needs.

This dedication got rewarded when RADEL & HAHN SRL executed its first project as general contractor in 2008. We are proud to count several important companies, from a national as well as an international level, as our clients, who request not only our services for designing and implementing installations, but also construction, assembly and maintenance works. It is our superior goal to meet our clients expectations and provide the best service possible. Since 2013 we operate active in the innovative field of renewable energy.

In May 2014 Mr. Robert Hahn died with an age of 47 years. His wife Andrea Hahn-Radel became director of RADEL & HAHN. 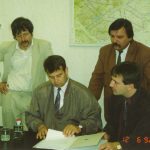 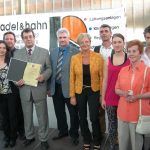 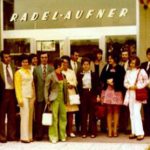 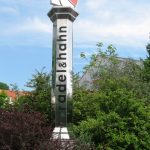 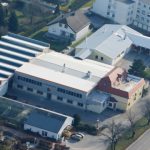 By continuing to use the site, you agree to the use of cookies. <br>Continuând să utilizați site-ul, sunteți de acord cu utilizarea cookie-urilor.
more information / mai multe informatii